Neftec are pleased to announce they in the final stages of developing their own CFC Spring.

CFC Springs are very useful for Brazing jig applications. A CFC spring allows for increased force to be added to on a jig assembly during the heat-treatment stage.

There are a number of positive reasons to switch from a traditional metal Brazing jig to a CFC jig and CFC spring setup.

CFC Brazing jigs that utilise CFC Springs allows you to remove a lot of dead weight that is traditionally used in a Brazing jig. A dead weight is used to apply pressure during the brazing cycle. The overall weight reduction has huge benefits to Heat-treatment operators and production output. By reducing the brazing jib weight you can increase the number of jigs per cycle thus increasing your output.

Using a CFC spring allows for increased force added during the brazing cycle. The force is equally distributed, consistent and provides better control across the entire surface area of the item being brazed. (Heat exchanged, oil coolers for example) This is because the force exhibits far better control than just using the force of a dead weight. Another key attribute is longevity and life span. CFC will stay consistent and will not deteriorate over time. 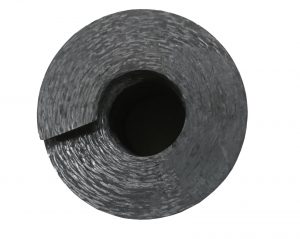 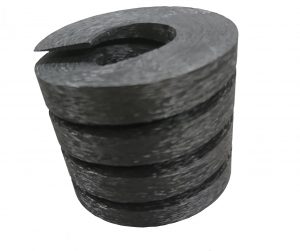 For further information on our CFC Springs and for your free sample, please contact us.